Last time I discussed the various herbs we cook with. Today, I’ll continue the discussion with a dive into spices:

Cinnamon is a staple of baked goods like apple pies and oatmeal cookies, but also used in savory dishes, like Indian curries and Moroccan chicken, and it’s a favorite for spicing up hot drinks like Mexican hot chocolate and mulled wine. As sticks, cinnamon can keep for two to three years, but ground cinnamon needs to be used more quickly. When buying ground cinnamon, look for the palest powders – they have the most flavor. Also note that 99% of what we buy in America is actually cassia. True cinnamon, Ceylon, is very rare, and very expensive.

Black pepper is a fundamental spice that is used around the world to season almost every savory dish. It grows in grape-like clusters on a pepper plant, the fruit dried to produce the familiar spice.

Peppercorns can be black, green or white, but the most common is the strongest flavored black peppercorn. Black pepper is usually added at the end of cooking to season a dish, but when added in larger amounts it has a bold flavor without too much heat. Green and white peppercorns are milder flavored. Resist the urge to buy a large container of pre-ground pepper – once ground it loses flavor quickly and is best used within four months.

Paprika, commonly used as a garnish and to spice up foods, is a powder made by finely grinding different types of red pepper pods. Color and flavor vary from mild to hot and orange to red. Hungarian paprika is considered the best quality, and the spice is a staple of traditional Hungarian dishes. Pimenton, a type of Spanish paprika made from smoked peppers, has a distinctive rich flavor. Keep a couple types of paprika on hand to pump up the color and flavor of savory dishes.

Cumin is mainly used in Middle Eastern, Asian and Mediterranean cuisines, and a common ingredient in curries and chili powders. The toasted seeds can be used whole in dishes or ground right before use. Pre-ground cumin loses its potency quickly, but can be resuscitated by a quick toasting in a dry skillet over medium-low heat.

Nutmeg, a close cousin of mace, has a flavor that’s distinctive but can also fade into the background, adding warmth and depth while letting other ingredients stand out. Ground nutmeg is commonly used in cakes and desserts. It also makes an excellent addition to custardy dishes or on fruits and vegetables. For the most pronounced flavor, buy nutmeg whole and grind it as needed. (Note: if you’re looking for where I use nutmeg in my recipes, you’ll be looking for a long long time.)

With the sweetness and heat of cinnamon, cloves and nutmeg, allspice is common in the cuisine of the Caribbean, where it originated. It enhances the taste of most fruits and adds depth to the flavors of winter produce like pumpkins and squash. Ground allspice is available in most grocery stores, but whole dried berries are preferable, since they grind easily and keep in an airtight jar almost indefinitely. Try a pinch of ground allspice in ginger snaps or a baked ham, or make your own Jamaican jerk seasoning.

Turmeric, with its brilliant yellow color, has been used as a dye, medicine, and flavoring since 600 BC. Turmeric is mildly aromatic and has scents of orange or ginger. It has a pungent, bitter flavor, found in most curry powders and Indian/Southeast Asian dishes.

Saffron is the stigma of Crocus sativus, a flowering plant in the crocus family. Saffron has a spicy, pungent, and bitter flavor with a sharp and penetrating odor, used in French bouillabaisse, Spanish paella, Milanese risotto, and many Middle Eastern dishes. Saffron is the most expensive spice in the world, at over $1000 dollars a pound.

Garlic powder is the dried/dehydrated version of fresh garlic. It’s flavor is similar to fresh garlic, but is not easily interchanged.  Garlic powder is best used when rehydrated, so use in pasta sauces, stews, and soups, or mix with oil and vinegar and Italian spices to make salad dressing. Garlic Powder can also be used in marinades, or mixed with herbs and rubbed into meat before cooking.

Coriander is the seed of Coriandrum sativum, a plant in the parsley family. If sprouted, coriander seed turns into cilantro. Coriander has a mild, distinctive taste similar to a blend of lemon and sage (I think it kind of tastes like Froot Loops… but that’s me). Ground Coriander seed is traditional in desserts and sweet pastries as well as in curries, meat, and seafood dishes with South American, Indian, Mediterranean, and African origins. Add it to stews and marinades for a Mediterranean flavor. 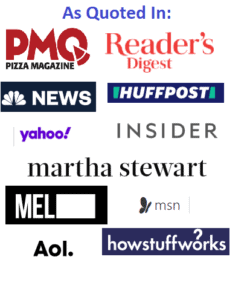