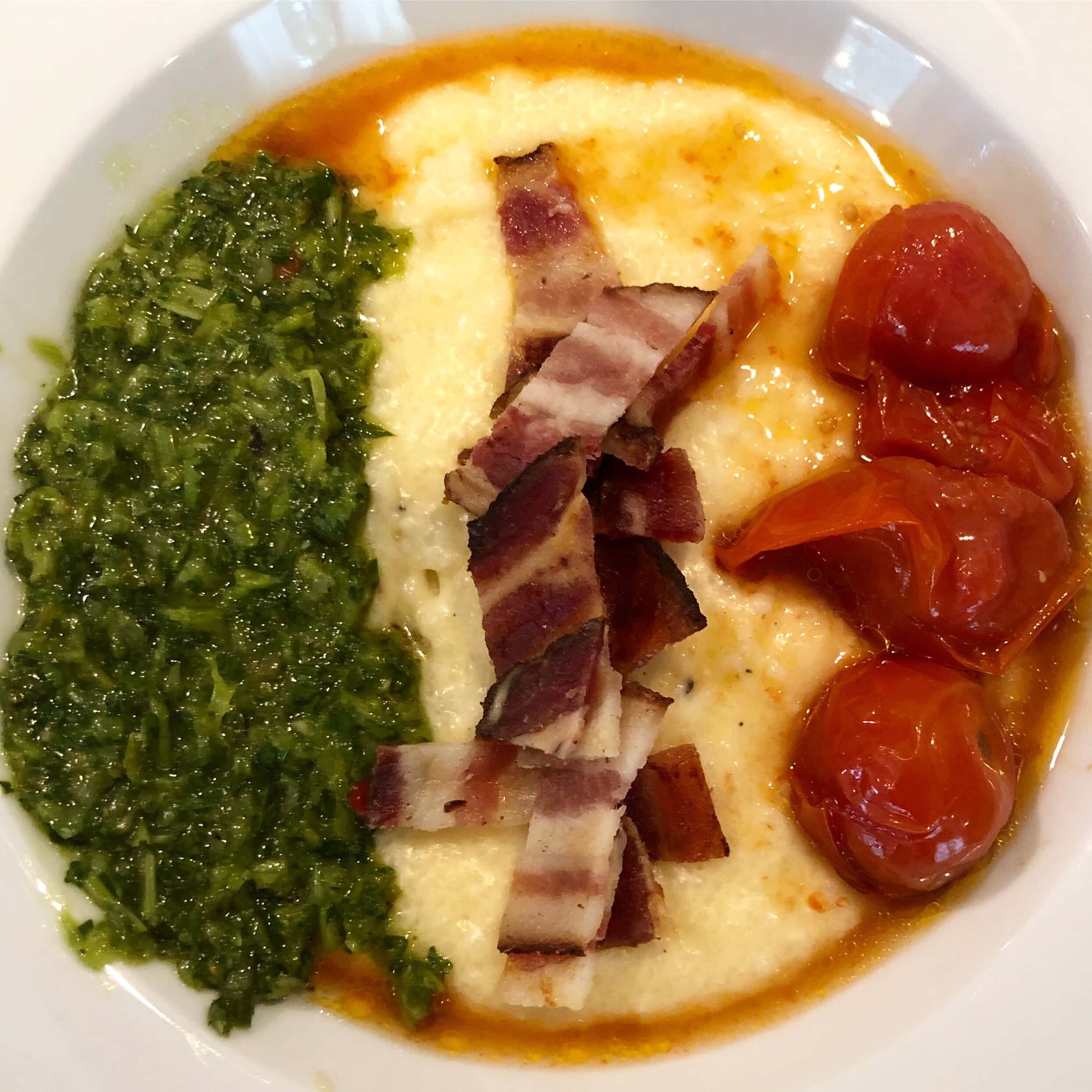 This dish, Pork Belly Grits with Chimichurri and Blistered Tomatoes, has become my signature dish; not because its my Instagram avatar or because I entered it in a recent cook-off. This dish is purely Jim, because its an amalgamation of my Italian cooking roots (after all this is a play on an Italian dish Polenta alla Romana, which pairs grits and tomatoes), living in the midwest, and finishing with a sauce out of left field. I’d spend a few hundred characters describing this dish, but in this case I’ll let the picture do the speaking for me. Let’s cook Pork Belly Grits with Chimichurri and Blistered Tomatoes. 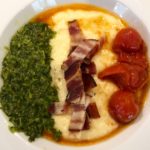 *Yep. Instant grits. I’ve made grits 100 ways, and the instant emulates the polenta texture I like.
Share
14 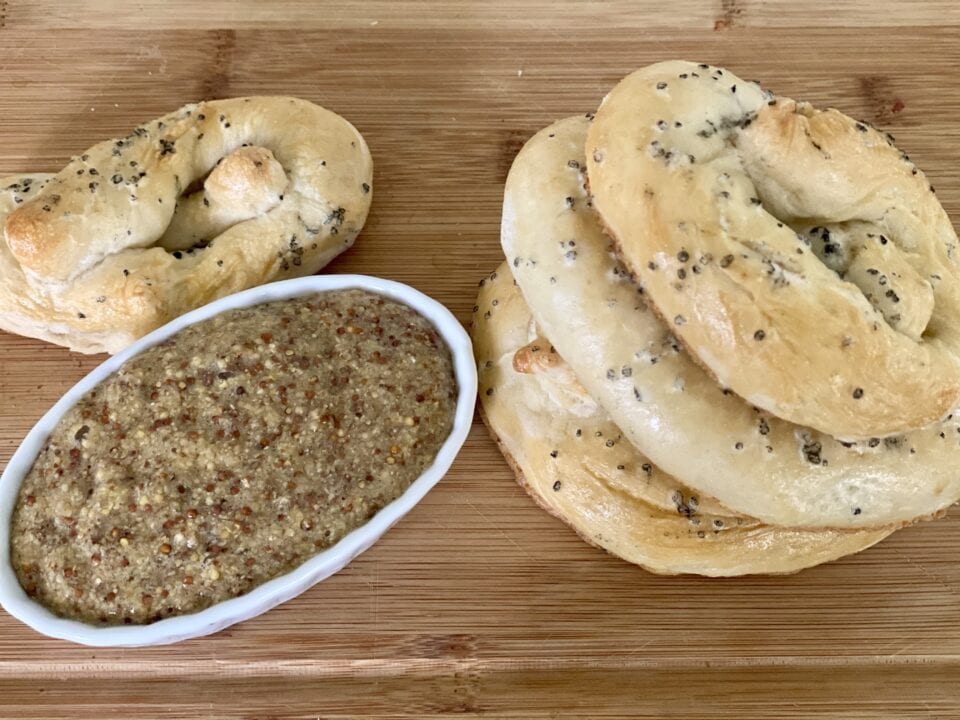 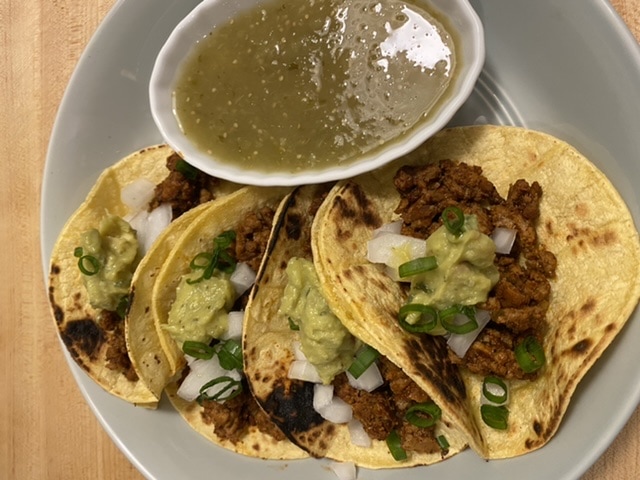 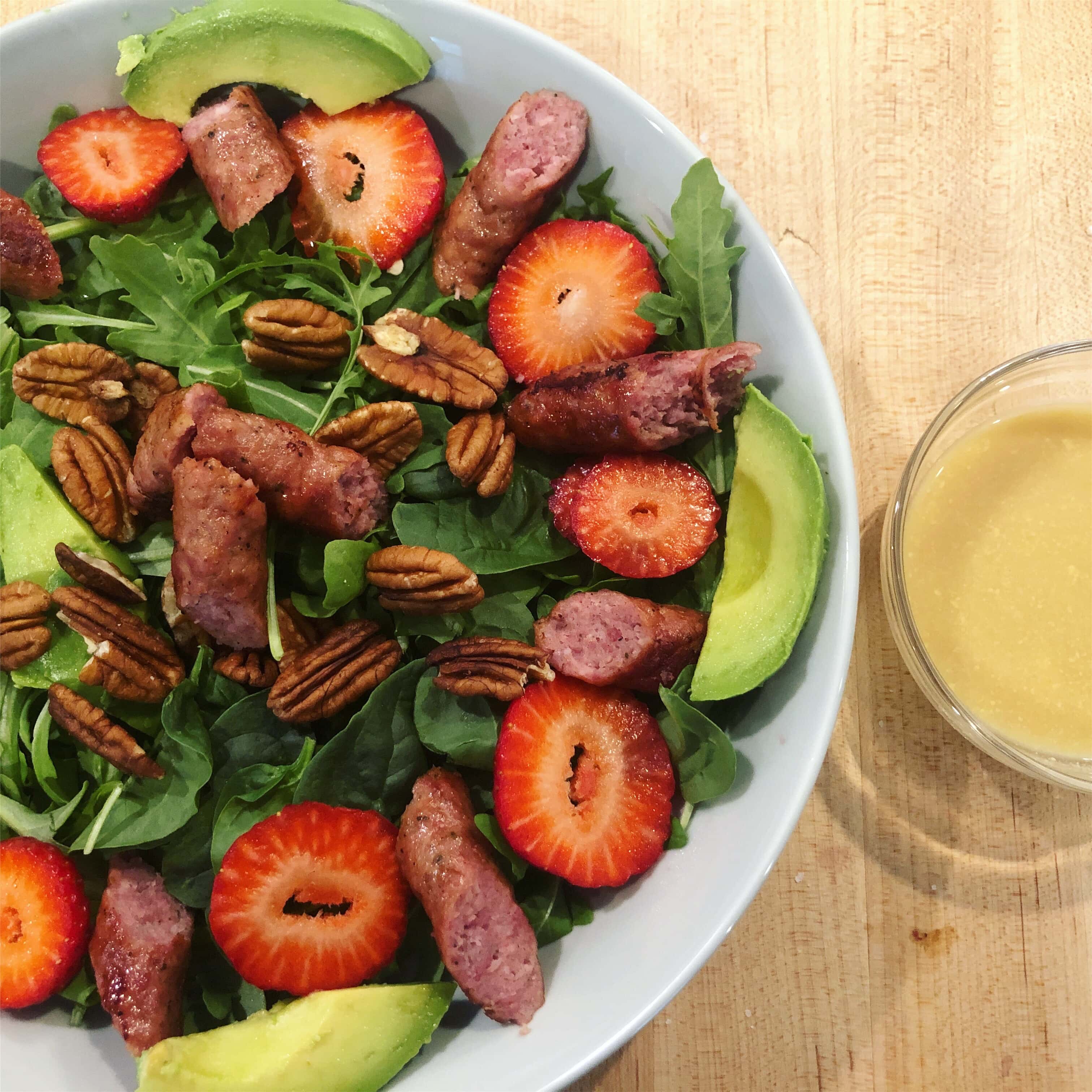 Fennel Sausage and Spinach Pasta! This was 10 cups

Sicilian Pizza! No better way to balance out yeste

Jim Cooks Food Good (JCFG) is a site dedicated to healthy comfort food recipes and family favorite meals. All rights reserved. All information for entertainment purposes only. All likeness to any other recipe is completely accidental, and all requests to modify any recipe should be sent to jim@jimcooksfoodgood.com. No information on this site is intended to cure/treat/diagnose any disease. Healthy Recipes, Healthy Comfort Food, Healthy Comfort Recipes, Comfort food, Healthy recipes